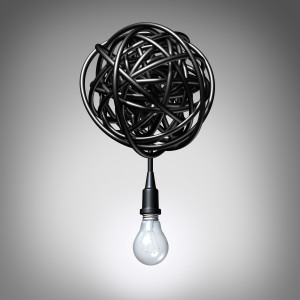 South Africa’s advancement as a global tourist destination of choice faced further disruption beginning of June as the requirement kicked in for children to be in possession of unabridged birth certificates before being allowed into the country.

While the rationale for this measure – unique in the world – may be justified as a means of controlling human trafficking, it however is not understandable in the context of economic growth where tourism is a key contributor.

These recent developments are a perfect living example of the law of entropy, illustrating the effect that questionable policy writing and lack of big picture understanding has on the energy coming from a thriving business sector.

The measure of the level of ‘disorder’ that is created through deterioration and blockages in a changing system, a system in which energy can only be transferred in one direction from an ordered state to a disordered state is what we understand as entropy. The higher the entropy, the higher the disorder and lower the availability of the system’s energy to do useful work. The term entropy is a measure of the degree to which energy has lost the capacity to perform useful work, leading to inefficiency. A visa regulation which scares potential visitors away from our country is entropy – it is designed to get our industry into a state of disorder. Business organizations are either organic or bureaucratic in nature.

In the context of Tourism in South Africa, there fortunately are organic organizations such as SATSA, headed up by dynamic David Frost – they are open because they invite innovation and creativity while seeking continuous exchange with the environment with the aim to show sustainable growth.

Bureaucratic organizations are on the opposite end of the spectrum – our Ministries of Tourism and Home Affairs notably – they operate in a mechanistic and closed style that is subjected to entropy. Although they proclaim they do, they barely consider their environment and usually ignore the flags and warning signs they are presented with.

Why potential energy is no longer made available for all stakeholders

There are two possibilities why potential energy is not available for work, thereby generating disorder and entropy.

We don’t move beyond our comfort zone and keep everything status quo. At this point the law of entropy takes over and then the problems begin because, without new input energy and change, our business will go downhill.  That’s it.  It will happen. The power comes in understanding the law of entropy and being vigilant and always ready to evaluate and initiate appropriate change.  At times, this does not have to be much:  a tweak here and new idea implemented there. In our case again, a potential problem of child trafficking which is minimal in South Africa, could have been addressed without introducing drastic measures requiring complicated and not straight forward documentation from international tourists who are arriving at our airports and not at a poorly secured land border somewhere in South Africa!

Entropy is a challenge also in a successfully growing company: When a venture such as our country’s tourism becomes obviously successful, it attracts the international travel trade who want to be involved with us. They expect the success to simply continue and they are not seeing themselves as responsible for contributing to the future success of the venture. So if the international travel trade and traveller is aware of problems pertaining to South Africa’s hostile policies and its effect on our economy, they will simply stay away.

To avoid this kind of entropy we must be mindful of the way in which we deploy new resources and ideas, new regulations and requirements thrown at our visitors. Its energy can otherwise diffused, averaged down and unfocused. When this happens, a company’s culture – our tourism offering – begins to shift.

How to take control over entropy?

Information gathering is how we learn new things and gain new perspectives. In a very interesting book “Most human Human” by Brian Christian, it is suggested that in each case, we will gain the most insight when asking the question to the person whose answer we are least certain. We should be seeking out high-entropy information in order to learn new things at a faster, more efficient rate. Don’t tell us something we already know. Rather tell us something we don’t know and seek advice from the people that will give you the best insight. It is of course always more pleasant to talk to people whose views we agree with and share. The Department of Home Affairs announced six months ago, on the outset of implementation of this visa regulation, to consult with industry players and form a task group – this has never happened.

Break organizational routines. The other way to beat entropy is to develop positive energy from teams of people that create a force greater than the degrading force of entropy. The work of a task team spearheaded by the ministry of Home Affairs and Tourism to work through the issues and challenges together with tourism representatives, could have beaten entropy.

Entropy cannot settle in when adapting implementation measures and changes keep coming. The disruption and disorder this creates makes continuous improvement efforts more important. The numerous inconsistent messages from government authorities for the past month on how the implementation of the unabridged birth certificates should have be handled have been astoundingly clumsy and not giving anyone the reassuring feeling that the department is in control.

The general cause and effect on the issue of newly imposed visa regulations, these highly disruptive changes to a well-functioning tourism business sector are increasing the level of entropy and on the other hand are leading to further inefficiency within the main stakeholders operations – Department of Home Affairs, Department of Tourism and the various Tourism associations involved – because the system does not have the energy to do any useful work. The tourism industry which has been growing steadily – more than any other business sector in the country – will have to deploy new resources to counter the effects of the new visa regulation imposed by the Department of Home Affairs – it will affect its capacity and generate significant disorder as a result.

Appropriate changes and adjustments on both ends should be initiated and create a ‘useful order’ and balance rather than an unusable mess.