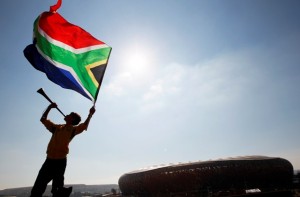 Indaba has been the leading travel trade show on the African continent for many years. It seemingly however has lost its appeal for a lot of industry players, especially in the luxury segment. Each year fewer buyers of relevance to luxury travel attend the show, or they only now visit every other year.

After Indaba 2012, it was announced that the format of South Africa’s leading annual travel trade show would be revamped in 2013. South African Tourism announced then that it was decided to reduce Indaba from the usual four to three days next year, from May 11 to 13.
Indaba 2013 was meant to be ‘a shorter, sharper show, geared at giving visiting buyers easy access to the widest cross-section of the South African tourism industry’.
This was in response to delegates’ demands for a shorter, more impactful travel trade show showcasing Southern Africa. Unfortunately the 2013 edition was just run in a similar format than in previous years.

Trade shows which have proven to show more than satisfactory results for its attendants are those that are dedicated and focused, on appointment basis and very select. They are pricy but have gained increased momentum which is quite a development in a time of economic downturn. A nearly ‘bipolar’ luxury market seems to have developed:  Following a post-crisis period during which there was some overlap between certain elements of luxury and the mass market, we are now seeing differentiation of ultra-luxury from affordable luxury. While supply was geared for a while toward the middle classes, there is now a re-direction to meet the resilient demand by the super-wealthy.

ILTM was the forerunner of a new concept of trade exhibitions by introducing a hosted buyer system which allows the perfect match between exhibitor and buyer. This was aimed at a market that increasingly became serious about hitting the right markets. From the original event in Cannes, it has now further developed its concept by introducing special destination events aiming specifically at Asia, the Americas, Japan, Africa and special Spa travel.

PURE with focus on Experiential Travel has developed into a ‘must attend show’ and this from its inception. An invitation to this show has become just as important for travel industry leaders as receiving a major award and to be accepted into this very selective Club of ‘Purists’. The show transforms members into players with increase in business for years to come. PURE is the highlight for many in a working year as it creates opportunities to sell and network with the top of the industry and to build a community feel within the market place, a venture that everyone aspires to join.

Trade Shows such as Indaba need to go with the times and its changed needs and ask themselves if they are still fulfilling important key criteria for any travel trade show of relevance:

Travel trade shows and luxury fairs are booming and there is a need to examine the motivation, effectiveness and potential for sustainability of all of them and this from an exhibitor perspective with the above criteria in mind.

These are the demands that the exhibiting parties have and return on investment of not only money but also time are key criteria which at this stage both PURE and ILTM fulfil.

Just hot of the press we have heard that the founders and organisers of PURE Life experiences and LE MIAMI have announced plans to bring a game changing event to South Africa in May of next year ‘We are Africa’.  The market has been asking for this – Indaba is now finally forced to re-invent its dated concept if it the event should remain on the trade agenda for the future of travel to Africa.