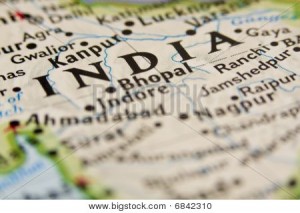 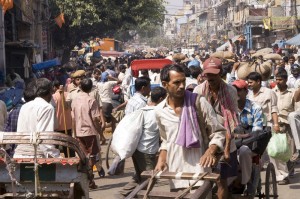 After a recent trip and roadshow of 16 cities through the sub-continent of India, lasting thoughts are the ones of a vast population and the immense poverty that one is faced with permanently. Travelling a lot on the road. it was an impression of crowded slums where people live in sub human conditions, in the middle of cities where imported cars move side by side with rickshaws. India is full of difficulties and challenges and to try to understand a single aspect and not another makes a person miss India’s true beauty and culture – a very wide variety in customs, languages and religions is making this an amazing country. India is the home of the largest number of religions  – Buddhism, Jainism, Hinduism, Sikhism were all born in India.

Poverty in India is as is well known widespread, with the nation estimated to have a third of the world’s poor. Of a population of 1.13 billion people, 27.8 % live below the poverty line (which is the accepted level of income of consumption required to conservative standards of the Indian government).

In 2010, the World Bank reported that 32.7% of the total Indian people would fall below the international poverty line of US$ 1.25 per day (PPP) while 68.7% live on less than US$ 2 per day. In that sense, the poverty line of India is cruel. It is merciless and does not allow the majority of Indians any money for shelter or access to education or health care, sanitation or anything else that civilized nations would consider as essential as food. 8 Indian states have more poor people than 26 poorest African nations combined which totals to more than 410 million poor in the poorest African countries. A 2013 UN report stated that a third of the world’s poorest people live in India.

This is the overwhelming picture that we as outsiders and visitors have of India and, unfortunately, one that hits you as soon as you enter the country. The poverty is understandably overpowering with beggars, tedious slums and garbage ridden areas becoming a common part of India’s culture. People beg because they are suffering and struggling and feel as if they have no other options. About 50% of the Indian people are illiterates. They are uneducated because their opportunities to be educated were pulled out from underneath them. They could not have access to and money for any of those basic things listed above and still be considered not poor in India. They could have no money to travel anywhere for work or education and not be considered poor in India.

Even though there is still a very obvious difference between the beggars on the street and the flashy high rise structures, India is steadily making an effort to bridge the country’s extreme differences.

When faced with the country’s extreme differences, the ever present question is: What is responsible for India’s poverty? Religion in a broader sense is assumed to define the culture, and so the terms are used interchangeably. It is a product of human action; the system is influenced by the culture of the people who form it, but the system also constrains the kind of culture that evolves. One would tend to pick the system over the culture as the system allows individuals to pursue their own ends. With the right system, no society could be expected to stay materially poor for long.

It can be said that the Indian people understand struggle, sacrifice, and have a spirit rooted in family, faith, and hard work.  It’s no secret that an increasing amount of high skilled work is also being outsourced to India.  Cheap labour is available in countless areas around the world.  It’s the ethics the quality of inter-personal relationships.

A strong work ethic is instilled in the family unit and the notion of each family member helping and contributing to their family is something the Indian people aspire to. The Indian culture is based on a sense of giving back and to support family members and the community as a whole. These are qualities that attract corporations, universities, medical and financial institutions around the world.

There is a very wide diversity of economic status and education in Indian society – highly educated Indian computer scientists for example are highly solicited in the sophisticated Western countries. Though it is often said that India’s entrepreneurial base is big, the evidence is that it is caste based and very small. And the truth is that the Indian media is totally disinterested in poverty. This is because the reader has no interest in this. However, the more India opens itself to foreign money, the more transparent its systems of government are, the more efficient and less corrupt its bureaucracy, the better for its economy.

A country faced with similar challenges, Bangladesh, is the world’s eighth most populous country, as well as one of the world’s most densely populated countries. According to the United Nations in 2010, the country is making major strides in human development, including significant progress in the areas of primary education, women empowerment, reducing population growth, food production, health and renewable energy. The poverty rate has declined considerably since independence, and per-capita income has doubled. Four main factors explain this surprising success. First, family planning has empowered women. If you leave aside city states, Bangladesh is the world’s most densely populated country. At independence, its leaders decided that they had to restrain further population. Birth control was made free and government workers and volunteers fanned out across the country to distribute pills and advice.

Second, Bangladesh managed to restrain the fall in rural household incomes that usually increases extreme poverty in developing countries. Between 1971 and 2010 the rice harvest more than trebled, though the area under cultivation increased by less than 10%

The real magic of Bangladesh, though, was not microfinance but BRAC (which originally stood for Bangladesh Rehabilitation Assistance Committee, but now is the only name the organisation needs —and NGOs more generally. The government of Bangladesh has been very friendly to NGOs, perhaps because, to begin with, it realised it needed all the help it could get.

BRAC began life distributing emergency aid in a corner of eastern Bangladesh after the war of independence.) invented the idea of microcredit, that is, tiny loans to the destitute. It is now the largest NGO in the world by the number of employees and the number of people it has helped (three-quarters of all Bangladeshis have benefited in one way or another)

So in terms of the success of its grass-roots development, it has lessons for the world and India more specifically in terms of successful system application.

There is a positive outlook for the future of India: according to a 2011 poverty Development Goals Report, as many as 320 million people in India and China are expected to come out of extreme poverty in the next four years, while India’s poverty rate is projected to drop to 22% in 2015. The report also indicates that in Southern Asia, however, only India, where the poverty rate is projected to fall from 51% in 1990 to about 22% in 2015, is on track to cut poverty by half by the 2015 target date. So despite the great diversity India is one Nation with an amazing potential. However it will take a long time and need more international help and focus to create dignified living conditions for all people in the promising subcontinent.