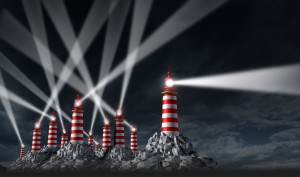 Take the emotion out of room rate strategy

To maximise profit, rate strategy involves finding the right mix: the right room at the right rate to the right guest on the right night. It is a complex issue, which all too often is only a thumb suck without any basis.

At the beginning of every year, hospitality providers are pressurised by their clients and tour operators to provide the rates for the next 18 months. These rates will be cast in stone contractually, although inflation, which affects costs, including salary increases, will not be known absolutely. So what happens? Out comes the crystal ball and management tries to come up with what they think might be the ‘best strategic rate’ for the coming year. Could there be a different approach?

In fact, discussions with hotel owners and marketing managers have highlighted their desire to take a new route. However, they are not always sure what factors to prioritise in their rate decisions.

Financial indicators to be considered

A number of aspects can be considered from a macro-perspective which might assist to make an informed decision on the topic. South Africa is considered an emerging market. The interest rate was recently raised in South Africa to 5.5%. This rate hike was the result of higher inflation figures stemming from increased food cost prices and the knock-on impact of the weak rand on consumption. Nevertheless, this was probably not the last rate hike which is aimed at taking the pressure off the rand to keep inflation in control.

Leading economists in South Africa predict a 3% economic growth rate for the coming year and an anticipated growth figure of 3% in the year afterwards. According to Matthew Sharrat, Chief Economist at Merril Lynch, featured in an Economist.com piece in January 2014, the weak local economic circumstances will continue to put a damper on local consumption levels and maintain a downward pressure on imports. It is therefore not surprising that South Africa’s negative sentiment on the rand has been highlighted by being grouped in the so-called new ‘fragile five’ economies – Brazil, Indonesia, Thailand, Turkey and India.

Whilst the economy grew since 2009 and capital flowed into the country, the slowing down of the economy is now driving investors out of the country away from the devalued local currency. This is part of a ‘global rebalancing’ where large global capital flows may go hand in hand with sharp reversals. In emerging countries it is then left up to the currency to almost single-handedly drive the process of rebalancing.

In fact, the rand has increased to 11.65 against the Dollar at the end of January 2014. In other words, the rand fell 7.5% in January of this year against most major currencies, its weakest level since 2008. A gradual depreciation has taken place over the years with the rand averaging in fact only 4.77 against the dollar from 1972 until 2014; this including the all-time high of R12.45 in December 2001.

Foreign travelers can boost a struggling economy, since tourism is a growth industry. At the same time, the weaker domestic currency provides the ideal basis to stimulate the hospitality industry. South Africa is seen as a competitive and attractive destination providing good value for money which seems to make up for the oversupply in the market caused by additional hotel capacity prior to the 2010 Soccer World cup.

There is confidence in the tourism industry. Price Waterhouse Cooper SA in its recently released Hospitality Outlook report 2013-2017 has reported a 12% increase in room revenue in the hotel sector last year with a forecasted increase amounting to 13% for this year. The demand seems to grow faster than the supply of hotel accommodation. Yet, this healthy growth should not be the main defining factor when setting rates for the coming years.

Taking into account the above drivers, any applied rate increase should be free of emotion: Speculation and reliance on a weak local currency or a calculated drive on overcapitalisation on rates and revenues can hike prices to a tipping point of demand.  Rates should be set taking a rather pragmatic approach. Firstly, it should consider the real cost factors such as rising electricity and food costs, which are reflected in rising inflation rates. Secondly, the real break-even of a hospitality operation must be a guideline. A part from documented growth, these two are the known factors!

Rate yielding is often overlooked because it requires an intrinsic understanding on how rates are put together. Yield statistics indicate how much set rates have in fact been lowered and adapted to demand. Instead of just setting ambitiously high rates and lowering them down throughout the year to ‘stay-pay’ and free night offers, why not come up at rate planning stage already with early specials for the year?  Instead of keeping these up the sleeve to cover low occupancies, it will encourage and reward the early bookers. This consumer orientated strategy will provide the accommodation provider not only with good forecasts but according to Anedore Kessler, Managing Director of established SA tour operator Ilanga Travel, who said ‘to also train the end consumer to book early to get the best deal’. This emphasises that the best deal will no longer be the last minute offer.

Online business which has become a real influencer of any accommodation provider, is the business that is flexible enough to increase the rate yield further to regulate supply and demand in real time.

These factors which will allow the hotel owners to reach an informed decision on where to go with rates for the coming year, will also give them solid arguments to justify their increases to a price sensitive trade. This together with the attributes or features and the appeal they have to the trade and customer will create the demand for rooms driving the rate quoted within a good rate strategy.