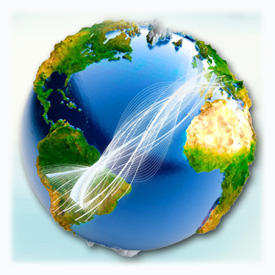 The issue of seasonality in South Africa – must it remain an issue ?

Seasonal variation in demand is a reality for most tourist destinations. To challenge seasonality or to work within its constraints is an issue that the destination needs to address and it is something that faces tourism planners across the world. Regions of extreme north or south where climate variations impose directly on the management of tourism are particularly affected by this problem.

Despite growth in tourism, seasonality also remains the biggest threat to Cape Town’s tourism industry. There are misconceptions and preconceived ideas around winter being an undesirable time to visit the Cape. There is over reliance on leisure tourism which is mainly focused on the summer season and accentuates the problem further. Cape Town has positioned itself as such through previous tourism body campaigns within the leisure tourism – a challenge to shift and grow the business and events sector that would be far less seasonal.

Arrivals into Cape Town International show a 4% increase in total passenger movement in April 2012 and a 3% increase in May 2012 compared to the same time in 2011. Peak season arrivals however have dropped by the same % from last year (source: Cape Town Tourism). This highlights the need for year round brand positioning and creation of demand for the lower season. Cape Town Tourism authorities have attempted to bridge the gap between leisure and business tourism through creating all-year round calendar of events and to cultivate niche sectors of interest such as family travel, food & wine, adventure and sport through package generation. These are however mainly targeting the domestic market, but need to also attract the international traveller.

A lot of thoughts on this ever hot topic:

→ Significant offers by all players including airlines, car rental, bus operators and the entire accommodation sector must be provided with much more foresight to the travel trade who can only market them effectively if they have these seasonal deals are available to them long in advance – Why is everyone not pulling together but seems to treat seasonality as a last minute emergency ?

→ Neighbouring countries’ high season is our low season – one should tap into the arriving and departing travellers from Namibia, Botswana, Zambia, etc. to come via South Africa. Where is the cooperation between the respective tourism bodies ? No boarders should exist when marketing the seasons and its advantages in Southern Africa. Winter is best for Safari and superb game viewing and we all know it. The weather in the Garden route has some of the best weather between August and October of every year and we all know it too. In recent times the highest recorded temperature in July in Cape Town has been 28°C and 31°C in August (source Weather2).

→ Why not tie in more with the off season activities of other leading industries in SA, such as the wine industry – in the lower season, this industry is busy with interesting aspects of the wine production and one can create popular events around these activities which can also be marketed to the international traveller. This could possibly also address the seasonal impact on labour by employing a few full-time or regular workers across the year who are trained to be multi-skilled to assist not only in the harvesting process but also in event work ?

Globally, there are similar strategies to address the effects of seasonality, such as pricing strategies, market diversification, but also seeking assistance from the government and industry bodies on a national level. Government would work with event organisers to bid for global events to provide this year round spread of business – events like the J&B met, rock concerts and food events are mostly taken place in season which is a busy time already – the organisers objective is of course that the events are frequented by a full city, and at this stage not used as a vehicle to fill the city !  Out of season events and packages linked to these signature events throughout the year would further attract the out-of season traveller.

Another successful strategy is to attract the ‘out of season travellers’ specifically from emerging markets. As I am writing this, I am travelling through India on a 4 week long roadshow with a dynamic SA Tourism office here who is driving the promotion of the country as non-seasonal destination very successfully. Other regions such as the Middle East and South America are also not driven by our summer / high season and like to travel in our low season – in the intolerant heat of their own summer.

All these initiatives will however always fall short, if frequent direct air access into Cape Town as the prime example and its affordability are not addressed in the long run. A further strategic measure on a macro level could include be the modification of the timing of school holidays.

The negative effects of ongoing seasonality are well known: casual staff problems, low season pay rates, high turnovers that result in inconsistent service delivery to the customer and consequently low satisfaction. As mentioned earlier facilitation by the state is important to address the negative supply and demand side effects of seasonality – staggering of holidays, state related water availability, environmental protection initiatives. The counter argument is of course that dead seasons are the only chance for the social and ecological environment to recover (Hartmann, 1986).

Having said all of this, Cape Town is celebrating being World Design Capital 2014 which will put the city and area on the map for innovative leaders in design across the world. It will give the city the opportunity to finally be perceived as an all-year-round destination and fix the out-of-sink balance between high and low season. So, let’s cease this opportunity and use for long term sustainability of tourism of a city that has been recognised repeatedly as one of the most popular cities in the World to visit.