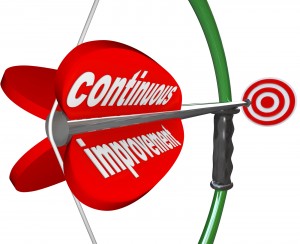 Transparency in hospitality – are we and do we really who we say we are ?

Transparency is the condition for a free and open exchange whereby rules and measures are clear and fairly applied. There are generally no hidden conditions and there is a certain degree of disclosure and availability to full information on agreements, dealings, practices and transactions to enable collective decision making.

There are many examples in our industry that require the above described level of transparency in particular if we refer to policies and charters which we align ourselves with. In its Global Ethics for Tourism the UNWTO talks about basic transparency such as ‘objective and honest information on their places of destination and on the conditions of travel, hospitality and stays’ to be provided by the tourism supplier. For instance too, advertising in an ethical way means to not overpromise and deceive customers to boost a hotel’s sales.
Transparency is synonymous with good ethical standards and reputation. But what are ‘good’ ethical standards? When are we not ethical? Does it only refer to issues like suppliers offering kickbacks to hotel managers, employing minorities and paying them less; or data protection including information on guests sold to marketing companies; evident over-charging of guests, for example the famous seasonal surcharge for Christmas and New Year’s Eve dinners for services that are equally provided on any other day of the year ? Or would we already be unethical by displaying a low level of transparency, with staff members having no idea about performance of the hotel, except what they can observe for themselves? There is no clear cut line but just personal judgement that defines transparency levels.

How can we demonstrate transparency?
Ways of earning a good reputation for example are good CSR practices. There we would look at activities such as employing local suppliers and labour; and making donations of left-over food, unwanted furniture or equipment; through making donations including being involved in charitable activities in the local community and also raising levies for other common purposes. In the main, these activities aim to improve the living standard and economy of local communities but whilst these activities are not only appreciated by the traveller there would also often be a financial motive attached to carry out CSR-related activities. It tends to be used as marketing tools and is a way to generate additional income which can reduce extra expenses, such as for example purchasing from local producers and farms, instead of importing them at bigger costs and taxes. These are positive outcomes for both the hotel companies and the local people.
Where transparency is however becoming is when we attempt to assess how revenues deriving from these initiatives are used and if they are achieving the objective established on the outset. If we look more specifically at the issue of conservations levies in many of Africa’s Nature Reserves, levies are raised for local economic regeneration or helping to address an ongoing problem. Generally this happens often especially in protected areas where government appropriations do not cover all the operating and management costs. The foundation of many protected areas has been and continues to be public finance. Unfortunately, many protected area management agencies have insufficient funds to respond properly to the demands of tourism and conservation.

The issue of rationale and clarity – an example
When charging levies such as park conservation fees in some of the parks in South Africa, two important questions need to be answered. First, what is the objective and concrete application of the conservation levy? This question needs to be answered with the consumers in mind who already would have paid for their visits and stays to the park. Secondly how are fees for this particular levy established and is it in accordance with these objectives? It becomes necessary to develop a comprehensive and focused rationale for fees and each rationale must be clearly defined in order to be able to face scrutiny from the tourism trade and end consumers. In the absence of these rationales, there can be the perception of opportunistic agendas especially if these fees are not applied equally and consistently. Opinions are then voiced that the charging conservation levies to the traveller is representing a lucrative source of income to the stakeholders involved. For example, some reserves charge levies per person per day, others a once off fee – this over and above the entrance fee to the reserve. Even within the same reserve, different establishments charge their levies applying different conditions with different amounts and motivated differently: donations, community levies, conservation levies – sometimes voluntary, most of the times however compulsory levies apply. This situation has arisen over the last year and where levies are advertised as over and above what is set by the official reserve authorities. At this stage there is no consistent application of these levies and this needs to be the case first in order to obtain general acceptance.
What is often missed in these discussions is that, irrespective of government direction, decisions are made by stakeholders within the system and therefore the issue of individual ethics is brought into play. In the case of conservation levies, the question must be asked why the problem of control of effective conservation is transferred to the travelling customer. Would we for example raise a wastage and shrinkage levy in hotels and add it to the guest’s bill? Or apply a theft levy for every guest that frequents our property facing an internal theft issue? Most unlikely…
The tourism and hospitality industry is only to a limit ruled by standards and procedures and is to a certain degree a creative industry that thrives on experiential components and creation emotions for the traveller. It will therefore always be a challenge to guarantee transparency and ethicality to a ‘prescribed’ level but requires sound consistent practises to contradict the notion of not doing what we say we do.